Gisela Mashayekhi-Beer was born as the second child in a family of musicians in Passau, Germany.

Music was present throughout her childhood. Her parents, Alois Josef Beer, a school and church musician, and Christiane Beer-Schwamberger, flautist, supported their children early on through regular chamber music in their home, organizing opportunities for live performances in school, later on including solo performances with the school orchestra or the orchestra „Musikfreunde Braunau“, led by her father. Therefore G. M. experienced orchestral performances such as playing Mozart and Vivaldi concerts early on in her life. The three sisters soon formed a trio – comprising flute, violoncello and piano, and performed together regularly.

Gisela Mashayekhi-Beer received her first and highly influencing lessons from her mother, herself a former student of André Jaunet and Aurèle Nicolet (courses). Especially her mother's characteristic clear, vibrant and colourful sound has always been an ideal that G. M. strove to match.

After graduating from school G. M. spent a year at the college for professional music in Altötting, where Christiane Beer-Schwamberger taught, and was perfectly prepared for her entry exams for a higher academy.

G. M. began her studies in 1983 at the Mozarteum in Salzburg under Helmut Zangerle, at that time the solo flautist for the Mozarteum orchestra in Salzburg. During her time in Salzburg she also partook in the master classes at the summer academies under Peter-Lukas Graf, where she acquired important and lasting input.

In 1985 she transferred to the Higher School for Music and Performing Arts in Vienna (now: University for Music and Performing Arts), where she studied under Wolfgang Schulz, solo flautist with the Vienna Philharmonic, for two years. He brought her into the Vienna Chamber Orchestra as his successor in 1986, leading to her first tours with them through South America and Japan.

G. M. graduated in 1987 with honours in a unanimous vote and received the ministry's honourary award for Science and Research.

In 1988 she won the audition for the position of solo flautist with the Lower Austrian Tonkünstler Orchestra in Vienna and went on to learn the entire repertoire of symphonic orchestral literature under conductors such as Isaak Karabtschevsky, Heinz Wallberg, Bruno Weil and Fabio Luisi. During her time in the orchestra she founded the Ensemble Vienna 2001 with composer Nader Mashayekhi, with the goal of performing contemporary music interwoven with other arts and counterposed music, which would gain new listeners for contemporary music in fresh and original ways. For example, they organized concerts with contemporary Japanese composers as well as European composers who were themselves heavily influenced by Japanese art and traditional Japanese music; or Austrian contemporary music together with Johann Sebastian Bach’s „Das Musikalische Opfer“, as well as a portrait of the Persian poet Forugh Farochsad with compositions by the Persian composer Nader Mashayekhi and recitals by the actress Hanna Schygulla, to name only a few of their projects.

During that period G. M. intensified her dealings with contemporary music and new instrument-specific techniques, and benefited from cooperating with composers such as Hans Zender, Toru Takemitsu, Peter Ablinger and others.

G. M. became Wolfgang Schulz's assistant at the University for Music and Performing Arts in Vienna in 1991. Around that time she also began expanding her teaching activities through classes and workshops in Austria, Slovakia, Hungary, the US and Japan.

In 1993 G. M. became the solo flautist for the Zürch Opera Orchestra and continued her studies under Aurèle Nicolet intensively. Inspite of rich and valuable experiences in the opera orchestra with conductors such as Nikolaus Harnoncourt, Sándor Végh, Nello Santi, Raphael Frühbeck de Burgos... she decided against a permanent engagement with the orchestra and returned to Vienna.

After 5 years in an orchestra she now dedicated herself to ensemble projects, chamber music and solo performances. Some highlights among many were the Austrian premiere of Krysztof Penderecki's flute concert at the Grand Hall in the Vienna Concert Hall conducted by the composer, performing all Mozart flute concerts, Jaques Ibert and Carl Reinecke's flute concerts in the Golden Hall of the Vienna Musikverein and Mozart concerts for flute and harp in the Grand Hall of the Bunka Kaikan in Tokyo;

G. M. put together a concert cycle of her own at the Festspielhaus St. Pölten with musicians such as Emmanuel Pahud, Wolfgang Schulz, Clemens Hagen and Stefan Mendl and performed in concert with Heinrich Schiff and Stefan Stroissnig at the festival „Carinthyan Summer“ and the Mondee Music Days. Performing with Hansjörg Schellenberger as conductor, she played J. S. Bach's suite in h-moll at the Mozart festival in the Teatro Colón in La Coruna, as well as multiple recitals with him on the Oboe, and the double concert for flute and English horn by Arthur Honegger.

Since her return to Vienna she has resumed her performances as solo flautist in the Vienna Chamber Orchestra and has benefited from her work with musicians ranging from Heinrich Schiff to Neville, Marriner, David Stern, Heinz Holliger and many more.

Together with the percussionist Berndt Thurner she founded the duo „Double Image“ in 1997. Several original compositions were written for the duo and what followed was an intense cooperation with composers such as Peter Ablinger, Nader Mashayekhi, Klaus Lang, Stuart Saunders Smith, Bernhard Lang and others. The duo performed at important festivals for contemporary music including „Wien Modern“, „Hörgänge“ or „Steirischer Herbst“, and further concerts led the duo to the United States.

She also continued her teaching activities: G. M. taught at the Anton-Bruckner private university in Linz (1994 - 2011), she was responsible for the lectureship of chamber music for wind instruments at the University for Music and Performing Arts in Vienna (1997 - 2000), in 2001 she received a lectureship for guiding a concert class (senior lecture since 2011), and additionally she has been the lecturer for concert flute at the Joseph Haydn Conservatory in Eisenstadt since 2009.

She habilitated at the University for Music and Performing Arts in Vienna in 2005 as well as at the Anton Bruckner private university in Linz in 2006.

Gisela Mashayekhi-Beer performs regularly as the solo flautist with the Vienna Chamber Philharmonic, the Camerata Salzburg and the Cappella Andrea Barca under András Schiff.

She plays a Muramatsu flute, 18kt with silver mechanic.
Gisela Mashayekhi-Beer lives in Vienna with her son. 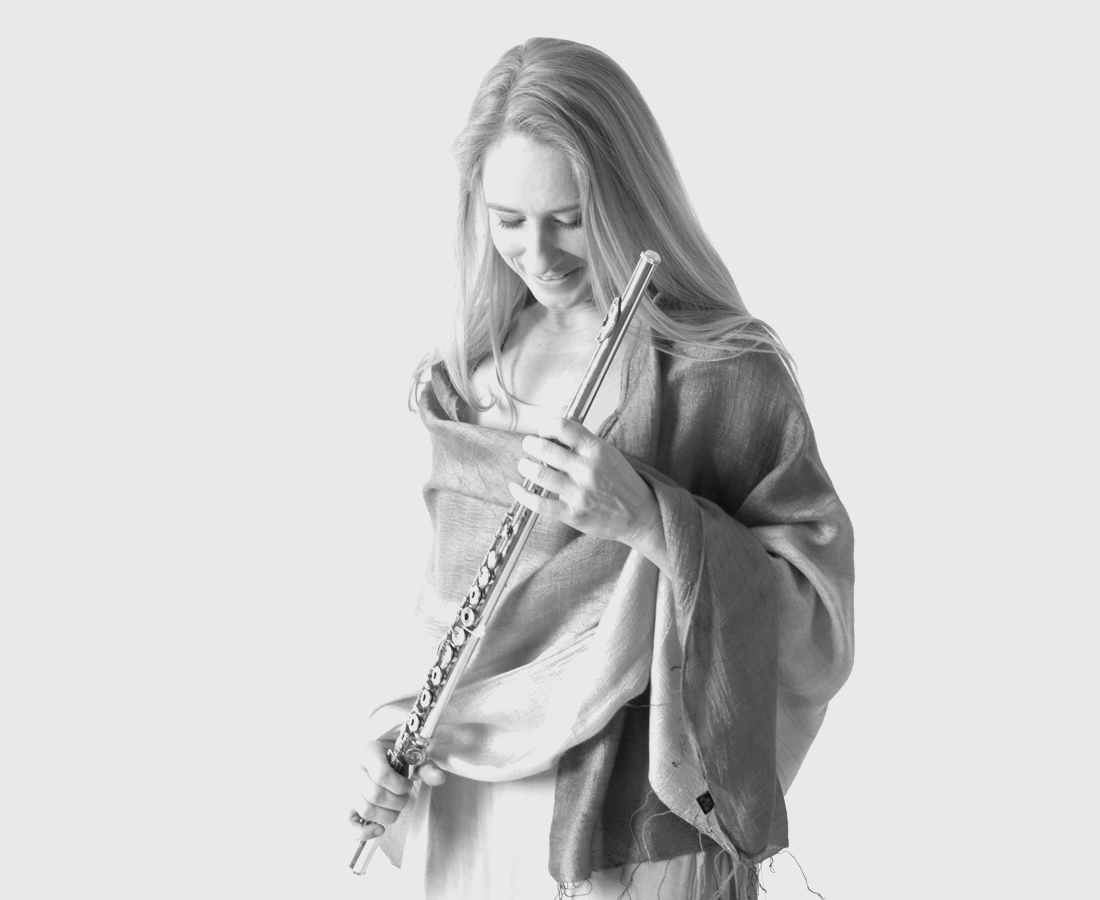